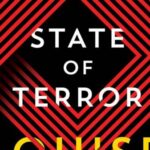 Clinton and Penny team up to write novel ‘State of Terror’ 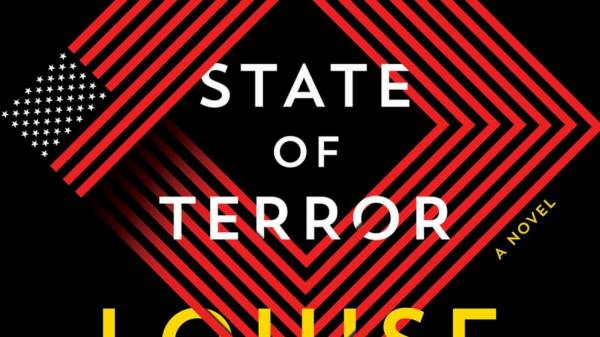 NEW YORK — As U.S. forces left Afghanistan this summer and the Taliban seized control, Hillary Rodham Clinton responded not just as a former secretary of state but in a capacity she never imagined for herself — as a novelist seeing her first work of fiction anticipate current events.

“State of Terror,” completed months ago and coming out this week, is a thriller co-written by Clinton and her friend Louise Penny, the bestselling crime novelist. The main character, Ellen Adams, is a new secretary of state with a backstory familiar to Clinton watchers — the surprise choice for an incoming administration led by her onetime political rival, as Barack Obama had been when he brought in Clinton after the 2008 election.

Secretary Adams will soon be caught up in what Clinton calls one of her nightmare scenarios while in Washington — an international terrorist plot involving nuclear weapons. The trouble in part originates in Afghanistan, where the previous administration of Trump-like President Eric Dunn has made a deal (as Trump did) that Adams sees as effectively giving the country back to the Taliban and raising the risk of terrorist activity.

The nearly 500-page novel combines other details that resonate with recent news — for instance, a chair of the Joint Chiefs of Staff, who, like Gen. Mark Milley under Trump, challenges the civilian leadership — along with explorations of friendship; a cameo for Penny’s famed fictional investigator, Armand Gamache; and, for the writers, the enjoyment of placing women of a certain age at the heart of a political thriller.

Seated together on a modestly sized couch, Clinton and Penny converse like two public people who know well how to share talking points with the media while also clearly sharing a private history of travel, meals, confidences, inside jokes and mutual esteem. When Penny remembered her apprehension about meeting Clinton — “Hillary Clinton, my God, just so impressive, smart and thoughtful” — Clinton smiled wryly and rolled her eyes.

“Do you remember the first time we actually met?” Penny said to Clinton. It was in a New York restaurant, just a couple of months after Clinton’s stunning loss to Trump in 2016.

“And you were at an event, I think the first in-person post-election event, in Boston,” Penny recalled. “So you were late, and you came into this restaurant — a public restaurant, obviously. And she showed up at the door, and the restaurant was throbbing. Silence. Silence. And then as one, they rose and applauded.”

“It was in New York,” Clinton noted with a laugh — her home state, where she had won by double digits.

Each writer contributes an afterword in “State of Terror,” reflecting on their friendship and professional partnership. They had, it turns out, long admired each other. Penny had followed Clinton’s career since the early 1990s, when Bill Clinton was first elected president, while Clinton’s best friend Betsy Johnson Ebeling told a reporter in 2016 that both she and Clinton were fans of crime novels and were reading Penny.

Penny met Ebeling shortly after the interview, and was surprised to learn that someone so close to Hillary Clinton was not an “intimidating power broker” but a slight, unassuming woman with the “warmest smile and kind eyes.” She heard from Clinton a few weeks later. Penny’s husband, Michael, had died of dementia, and among her condolence cards was one from Clinton that cited his accomplished medical career and offered thoughts on loss and grief.

“Secretary Clinton, in the last stages of a bruising brutal campaign for the most powerful job in the world, took time out to write to me,” Penny wrote, adding that they had yet to meet and that Penny, a Canadian, couldn’t vote for her.

“It was an act of selflessness I will never forget, and one that has inspired me to be kinder in my own life.”

The book is shaped by Penny’s narrative style and by Clinton’s government experiences and global outlook, but also by grief that Clinton still finds hard “to fully accept.” Ellen Adams is based in part on Clinton’s friend, former Under Secretary of State Ellen Tauscher, who died in April 2019. Ebeling, the inspiration for Ellen’s best friend, Betsy Jameson, in “State of Terror,” died just a few months later. Ellen Adams’ daughter, Katherine, is named for Tauscher’s daughter.

Hillary Clinton, whose closest experience to writing a novel had been a play she wrote in sixth grade about a trip to Europe, is not the first in her family to do so: Bill Clinton has completed two bestselling thrillers with James Patterson, and their success encouraged some publishing officials to wonder if Hillary should try something similar.

The idea for teaming up with Penny began with Stephen Rubin, a longtime industry executive who since March 2020 has been a consulting publisher at Simon & Schuster.

In a recent email to the AP, he noted that Simon & Schuster CEO Jonathan Karp was seeking ideas for a new book by Hillary Clinton, who has been with the publisher for more than 20 years and wrote the bestselling memoirs “Living History” and “What Happened,” among others. Penny’s publisher is St. Martin’s Press, an imprint of Macmillan, where Rubin once worked.

“I knew and really liked Louise from my days at Macmillan,” Rubin wrote. “And I knew that she and Mrs. Clinton were very close friends.”

Fiction allowed Clinton and Penny to consider a world on the edge of disaster, but also to work in more personal and lighthearted details. One passage is an obvious wink at an awkward moment for Bill Clinton — a reference to “didn’t inhale,” his hedging description in 1992 of his marijuana use in college. Clinton says the “ego-driven and uninformed” President Dunn (as he’s described in the book) is and is not Trump, and contends that the hostility between Ross and the president she serves under, Douglas Williams, is not a reflection of her time with Obama.

“That wasn’t my experience, but the fact that I was a surprise choice — I was well aware — led people to speculate about that being the experience I would have,” Clinton said.

Fiction allows for what politicians calls “plausible deniability,” and that extends to whether Clinton and Penny may team up again. The novel’s ending strongly suggests that another Ellen Adams novel is likely, but Clinton responds as she might have years ago when asked if she were running for president.

“That’s for way another day,” she says.